Regular readers will remember this idea of using the best tool for the job on each shaving pass. Starting with a Merkur slant bar to remove the maximum amount of hair in the first pass, then a Edwin Jagger DE89L for a reducing second pass and finally a Weishi for a polishing and buffing third pass. This works really, really well because each razor is being used for its optimum purpose. You don’t put a tack into the wall with a slegehammer so why polish and buff with a slant bar?

On the forums some people have criticised this (on the forums everything is attacked, it is the nature of the beast), but one thing the critics all have in common is that they haven’t tried it. But one person who has is Leisureguy who wrote an article on his blog saying that the methodology worked for him (obviously with traditional shaving YMMV always applies).

So now I have used the method for a few weeks I thought I would list the advantages.

Then, in the interests of science, it was time to try a different 3 razor method combination using optimised blades as well as optimised razors. This time it was as follows: 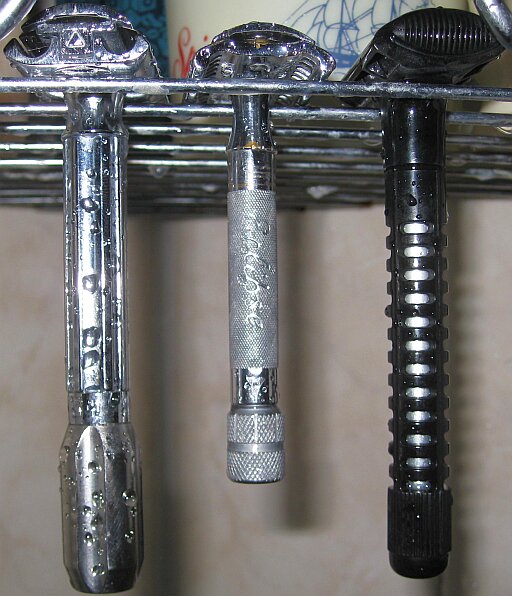 Once again the 3 razor method shows its merit. A better shave, faster with less skin trauma. What more could you want? 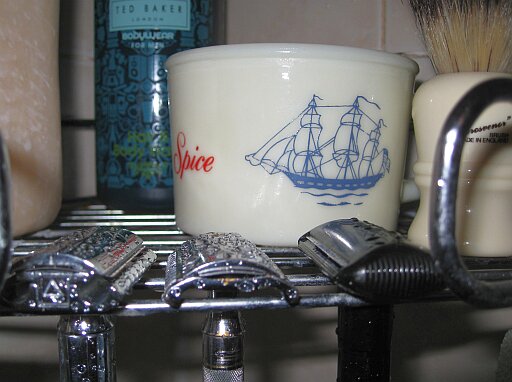