Gillette started production of safety razors in 1903, when they sold just 51 in the year. In 1904 they sold 90,884 and by 1908 they had factories in America, Canada, Great Britain, Germany and France. They were feeding a huge pent up demand for men to get away from cut throat razors. And King Camp Gillette was a believer in strong marketing, something that was possible because of the large profit on the blades.

I have come across a few early UK Gillette advertisements and have scanned them in, these are from Punch magazine, a famous humorous and satirical magazine that ran from 1841 until its closure in 2002. Its readers would be from the middle to upper classes of what was then a very stratified society.

The first advertisement is from March 5 1913 and is aimed squarely at the cut throat razor with the headline “Try the 3 Minute Gillette Shave” and the copy about how easy it is to use, then finally the tag line on the logo “No Stropping No Honing”

Next we have a new advert from April 2nd 1913, less than a month later and they have new artwork and copy. But the Headline “Think when You Shave” and the subsequent copy are still targeted squarely at the cut throat razor, which this time gets named as an “ordinary razor”. Quaintly they talk about “self-shaver” because then most of their audience would have had their shaving done for them by their barber.

The following are two wartime adverts. In the real paper these adverts are half the size of the ones above and this time they seem to be simple public information messages about the availability of different kinds of blades during wartime austerity. But in reality they are more than that, these are brand reinforcement, keeping the Gillette name in front of the public during the hostilities. 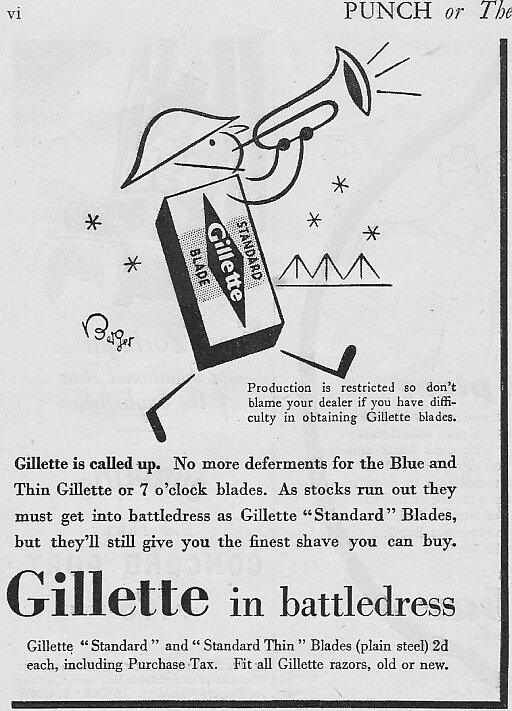 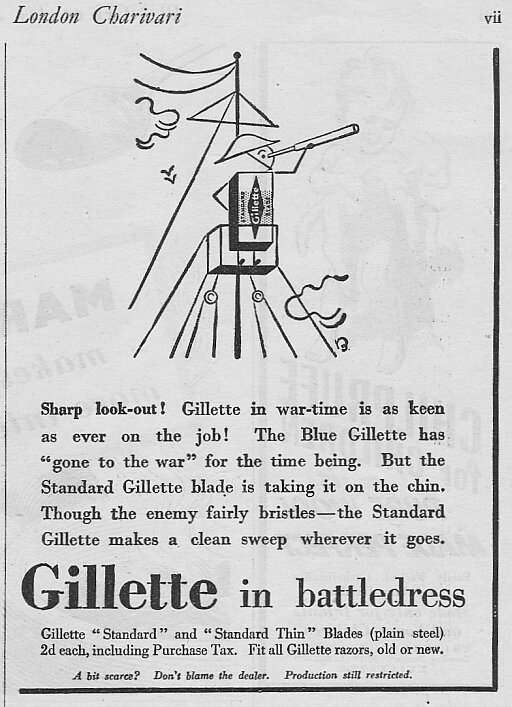