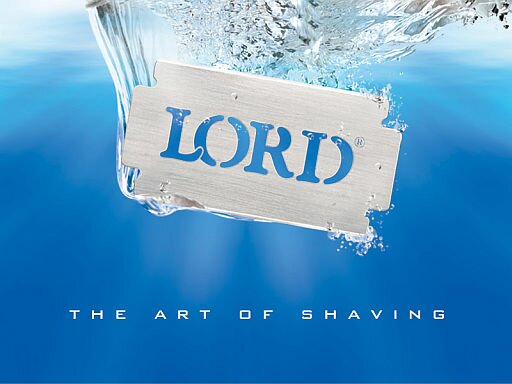 Regular readers on here will know of my high regard for the Lord L5 razor, made in Egypt. Though very simple it is well made and delivers a very fine shave. This makes me very enthusiastic about the concept of owning their L6 razor, which is even more highly regarded. The L6 has a different, Merkur like, head with scallops in the guard bar. Lord call the L6 the “Premium” razor and it is more expensive than the L5.

So when on Amazon I found a Lord Premium razor with a picture of the L1822 packaging I ordered one. I was double convinced that it was the right razor because it was more expensive than the L5, which you can pick up very cheaply on eBay. So you can imagine my disappointment when the parcel arrived and it wasn’t the L6 that I had ordered, it was the cheaper L5 that I already own. Obviously I immediately wrote to the supplier who replied saying that the L5 and L6 were the same! A more forceful missive from me elicited a refund and they told me to keep the razor.

Back on Amazon I found another supplier advertising the Lord Premium razor with a picture of the L6 in its L1822 packaging. Amazingly they also delivered the cheaper L5 in the L122 packaging. This time I was more forceful in my initial complaint and received an immediate refund.

It is good that both these traders have now changed their adverts. To claim they were selling one thing and then to supply another is plainly illegal. Slightly worrying the first vendor said they had sold hundreds of the razors with no complaint. Presumably the customers were just unaware of the different models.

What I think has possibly happened here is that when the vendors first advertised they really were selling the Premium L6 razor in the L1822 packaging. But when they restocked they found that they could buy the L5 more cheaply and thus make more profit. And that the customers wouldn’t notice.

Meanwhile I still don’t have the Lord L6 razor that I want.