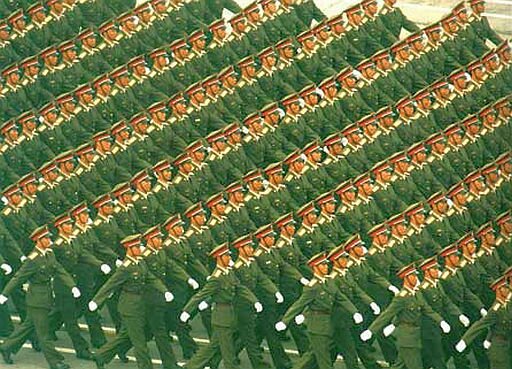 China has a population of 1,324,655,000, so there are very roughly  500 million men of shaving age. And an extremely popular means of shaving seems to be traditional double edged razors using the standard blade. So there may well be more real shavers in China than in the rest of the world put together! Obviously these shavers need equipment, which means that China has a rich razor manufacturing industry. Some of these razors find their way to the West, so we can get to play with them too.

So far I have come up with 11 main brands, but there are probably more.

Weishi. These are pretty common, easily available on eBay. They even have an English language website. There are four different models, dependent upon the materials they are constructed from. We get the 2003, which is an all aluminium copy of a Gillette Super  Speed. It is very well made and is a mild shaver which is sensitive to being at the correct angle, when you get it right it is very effective. This is the razor in the starter kit that I sell.

Shenglong. A heavier razor than the Weishi 2003, probably made from chrome plated steel. This is another Twist To Open (TTO) razor, but this time the knob is just under the head. This is a very aggressive razor indeed to use, to the point where it is difficult to shave with. I have not seen these on eBay and bought mine from a local discount store.

Ming Shi. Highly rated this is another TTO, it is quite light and is made from stainless steel, zinc alloy, copper and ABS. This is sometimes sold under the Shaving Factory name and seem to have a close association with Derby in Turkey. On eBay it is sometimes sold as Ming Shui. It is a fairly mild shaver but not as mild as the Weishi or a Gillette Super Speed.

Flying Eagle. Made by the Kwang Yung Safety Razor Set Factory in Shanghai, this is a 3 piece Tech type razor, available with different coloured plastic handles (including pink!) as well as with metal handles. Most versions seen in the West come in a nicely embossed travel tin and it is reckoned to be a fairly mild shaver. Sometimes these are known under the brand names Suifupai and Seagull.

Concord. Another three piece Tech type razor that is well spoken of. It is quite commonly available on eBay, sometimes at very low prices indeed. Well made it is another mild shaver.

Junjie. This 3 piece Tech has a mixed plastic/metal construction and seems to be only sold in the West by Uxcell. For $3.99! There was an earlier TTO Junjie model.

Shogun. Pretty similar to the Concord, but with a shorter handle. Not so highly spoken of.

Vincent. Sometimes known as Bigwig Rifeng. Another TTO razor with the knob at the bottom of the handle. It has received some scathing reviews and can be bought on eBay.

Nanjie. This looks very similar indeed to the Vincent.

Timor. This is available from Connaught in the UK (and some other retailers). Yet another bottom knob TTO, available in three different finishes. Connaught say it is Made in China for Giesen & Forsthoff (Solingen).

SHV65. A gunmetal or chrome TTO bottom knob razor that is on eBay. The supplier is Lloyd’s Tobacconist & Engravers.

It is worth pointing out that these are brands and not manufacturers. So two or more of these may be made in the same factory, even on the same production line. Also this is in no way an exhaustive look at Chinese safety razors, this is just what can easily be seen from the West using the internet. I am sure that there is a lot more out there. If you know of anything please add it to the comments at the bottom of this article.

These razors are mostly very cheap to buy and they make a change from the usual suspects that most Western traditional shavers use. So which ones to add to the collection? Definitely the Weishi and Ming Shi TTO razors, these are well made and well respected razors in widespread use. With the Tech type the Concord can be bought so cheaply that it would be rude not to. The Flying Eagle is more expensive but the handle and tin box are a bit special so it is worth it.