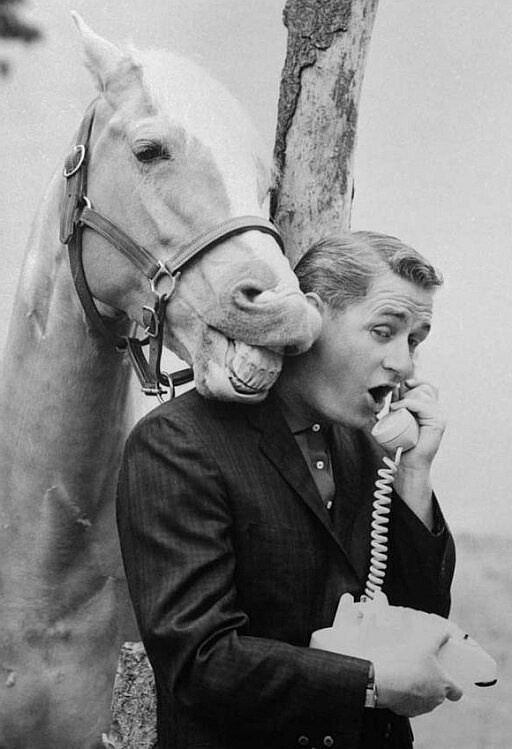 Horse hair shaving brushes are absolutely brilliant. I have this model and it is fantastic. I have seen it said that horse has 85% of the good attributes of badger hair and 85% of the good attributes of boar hair. They are also perfect for vegans and vegetarians because no animal is harmed in their manufacture, only clippings from normal grooming are used.  Whichever way you look at it they are really excellent and are inexpensive. So why aren’t they more common?

The answer is that they used to be, but that anthrax ruined their reputation in the West. Below is a brief article from the May 1925 edition of the American Journal of Public Health, read this and you can see why they fell from grace. But don’t let this put you off, a good manufacturer in a first world country is going to make perfectly safe brushes, for instance Vie-Long in Spain make some excellent horse hair brushes.

Horse hair brushes today are very popular in Muslim countries that are in the developing world, badger hair is too expensive and boar hair is unclean. There does not seem to be a medical problem caused by the millions of men who use one of these brushes every day, so presumably public health techniques have advanced since the 1920s. And, of course this form of anthrax is very easily treated with common antibiotics these days.

ANTHRAX FROM SHAVING BRUSHES
THE DANGER from shaving brushes infected with anthrax spores has once more been painfully called to our attention by the sad death of Professor Ellermann of the University of Copenhagen. On December 17, 1924, a small spot appeared on his left cheek. It was soon followed by considerable edema, but without marked general symptoms. An examination of his shaving brush showed that it was dyed Chinese horsehair, made to imitate badger, and from the hair anthrax was isolated. The diagnosis was clear, and in spite of the injection of anthrax serum, Professor Ellermann died on December 24.
The experience of the American army is still fresh in the mind of everyone. During the war shaving brushes supplied by the Quartermaster’s Department of the army were found to be infected with anthrax spores. So many cases occurred both in the army and in civilian life that certain cities and states forbade the sale or handling of horsehair shaving brushes, especially those made in Japan. In the army there were 149 cases with 22 deaths, all of which were believed to be due to shaving brushes.
In England the first case of anthrax traced to a shaving brush occurred in 1915. From 1915 to 1921 in the civilian population 50 cases occurred with 18 deaths. Among the British troops in France between January, 1915, and February, 1917, 28 cases occurred, and in the navy six cases somewhat later than this. It was not possible to demonstrate that the infection in all of these cases came from shaving brushes, but since the majority of them were on some part of the face and neck, the indications were that shaving brushes could be fairly incriminated. So strong were the indications that the government prohibited the importation of shaving brushes manufactured in Japan. A large number of suspected shaving brushes were destroyed, and the infection was brought to an end. This new case, with the history of those which have already been published, indicates a source of danger against which we should constantly be on our guard.

And there is this from The Journal of The American Medical Association in 1921:

In the six years elapsing between October, 1915, and November, 1921, thirty-six cases of cutaneous anthrax were admitted to the isolation pavilion of Bellevue Hospital and, of this number, ten, or approximately 28 per cent., followed the use of shaving brushes. During a period of one year and nine months ending Oct. 1, 1920, thirty-four cases of cutaneous anthrax were reported to the New York Department of Health and, of this number, seventeen, or 50 per cent., were traceable to shaving brushes.1 From these figures it appears not only that infested shaving brushes are to be incriminated as carriers of anthrax in an astonishing percentage of cases, but also that this method of conveyance is becoming increasingly common…………more

And to give some content from this side of the pond there is this from 1927:

“BACILLUS ANTHRACOIDES.”
A STUDY OF ITS BIOLOGICAL CHARACTERS AND RELATIONSHIPS
AND ITS PATHOGENIC PROPERTIES UNDER
EXPERIMENTAL CONDITIONS.
BY A. M. M. GRIERSON.
(From the Bacteriology Department, Edinburgh University.)
INTRODUCTION.
IT has long been recognised that within the group of Gram-positive aerobic sporing bacilli there occur saprophytic organisms which simulate the anthrax bacillus closely, both in their morphological and cultural characters, for example, in the specially characteristic appearance of surface colonies on culture medium. Organisms of this type have been described in bacteriological literature as “anthrax-like” bacilli, B. anthracis similis (McFarland, 1898), B. pseudo-anthracis (Burri, 1894; Hartleb and Stutzer, 1897), B. anthracoides (Hiippe and Wood, 1889; Bainbridge, 1903; Ponder, 1912; and others), and the biological relationship of such organisms to B. anthracis and other members of the group is of some interest and practical importance. In the routine examination of pathological and other material for B. anthracis, such organisms may be encountered and inoculation tests in animals may be considered necessary to ensure their differentiation from the anthrax bacillus. These organisms, however, have not been systematically studied and there is some
confusion in the literature regarding their various characters and relationships. Further reference will be made to this later.
The attention of the writer was first drawn to these organisms in the examination of shaving brushes from a consignment which had been reported to be contaminated with B. anthracis. These brushes were found to contain large numbers of organisms presenting the general morphological and cultural characters of the anthrax bacillus, their colonies, for example, being very similar, though the subsequent biological tests and inoculation experiments in animals differentiated them clearly from this organism. The inoculation tests proved that they were not devoid of pathogenic properties and at first raised the question as to whether they were attenuated forms of B. anthracis.
The pathogenicity of this type of organism under experimental conditions seemed therefore not only of considerable biological interest but also of practical importance in view of its apparent relationship to B. anthracis, and the initial observations thus led to a biological and experimental study of various strains from different sources and a further consideration of their relationship both to the anthrax bacillus and other members of the group of Gram-positive aerobic sporing bacilli………………………..more

It is, perhaps these anthrax problems that led to many shaving brushes to be labelled “sterilised” or in America “sterilized” . With modern medicine this is just an interesting footnote in history, it is just a pity that it has led to horse hair brushes being less common.

Previous Post: Chemicals you don’t want in your shaving soap or cream
Next Post: Corking a razor blade